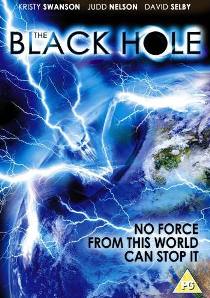 OK, some movies I cannot take seriously. The Black Hole was one of them. It goes down on the conventional path of something going wrong in a scientific experiment and creates a growing black hole in the middle of a cit, that only our outcast and discarded hero can save us from, with the help of the smart, but mostly attractive blonde. The effects, the script, the acting, was, well, all predictable.

The main reason I watched this, beyond the need to quench my sci-fi craving, is to have a vague sense of what would happen if the Large Hadron Collider goes ballistic. As you know it is the largest (i.e. highest energy) particle accelerator in the world at the westernmost part of Switzerland. It was recently in the news, because some scientists and citizens are concerned that it would do exactly what was shown in the movie: create the potential to destroy Earth. Will see whether it happens or not on October 21. I personally doubt, because I trust that enough smart people thought it through, before the thing was built. Call me a technocrat, but I do not think they would create something that has the potential to end life on Earth as we know it.

To be kept updated on the project just keep checking this site:
http://HasTheLargeHadronColliderDestroyedTheWorldYet.com/