The conference was opened by CLA’s president Monique le Conge. 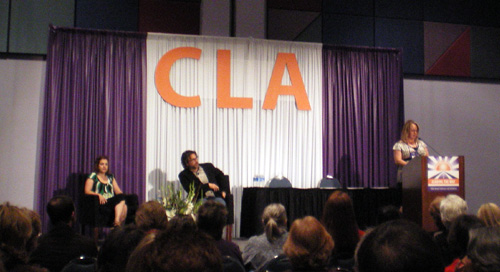 Then the keynote speakers Michael Chabon and Ayelet Waldman were introduced. The official title of their discussion was “On being writers“, but in reality they mostly talked about what it means being married to a writer. Chabon is the Pulitzer Prize winning of author of many novels including “The Yiddish Policemen’s Union” and “The amazing adventures of Kavalier and Clay“. His wife, Ayelet Waldman, is an author on her own right, having written 9 novels so far. 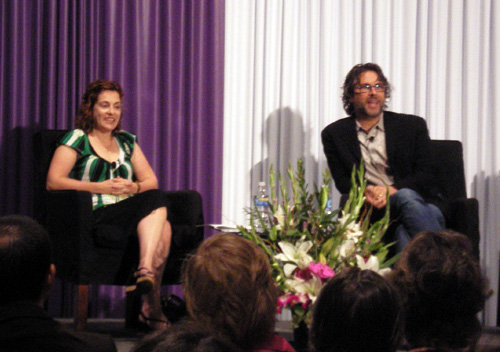 They shared many stories on stage. The discussion was mostly built around the instances when crisis helped them, made their writing and cooperating skills stronger. Chabon shared how difficult it was for him to finish a novel, and how her relationships flourished together with the completion of the book. Ayelet talked about how her wedding promise to his husband and his family was that she would never become a writer. (Partially because Michael’s first wife was an author as well, and Ayelet was a corporate lawyer.) And how this promise unraveled and how she found her own voice. We learned

For those of you who liked The Yiddish Policemen’s Union I have good news: The Coen brothers are planning turning it into a movie. Chabond and Waldman seemed passionate, knowledgeable and likable people. I enjoyed their conversation full of humor and the ease they behaved on stage with each other and with the audience.

John Ward was taking visual notes on all general sessions. He is a visual thinker, so his notes are visual representations of the talks. He posted on his website the charts/notes he made. Here is the one from the Chabon/Waldman session.