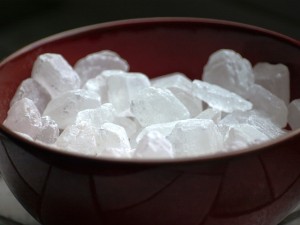 I stopped eating refined sugar on September 1. I’ve known for a long time vaguely  that it is not good for my body, but what prompted me to do so was this article in Fast Company. This explained to me that (over)consuming it is not just relates to weight and metabolism issues, but also affects the brain, including cognitive abilities. I think of myself as being good in that area so I decided I want to keep it that way by giving up refined sugar for an indefinite time.

I ate sugar knowingly only 4 days in the last 40 days, including a wedding and a birthday. (The two other days I just couldn’t capitulated to the craving.) But not once in the last 20 days. Even on the other days I might have had some trace amount of sugar. E.g. I had ketchup the first week, as I forgot that it contains sugar and more recently ragu for my pasta. Now I know better.

The article mentioned that the withdrawal syndromes would be the worst between day 2 and 6.  Knowing this was a double edge sword. On one hand it prepared me for the worst. On the other hand maybe it was a self-fulfilling prophecy, because indeed, those days I could barely think of anything else than sugar. But now that time period is way behind me I feel much better. I still crave it quite often, but not that bad. Easy to resist, just need to think of my personal fear of addiction to other kind of drugs.

Some people who were aware of my sugarlessness asked me whether I feel different. I know that I am not the best person at self-observance, so I couldn’t give them an answer on the spot. Now that I think about it, I think there are 3 parts of the answer:

A final note. I decided to write this little summary after 40 days of (imperfect) abstinence, because 40 days has spiritual/religious significance. Moses was on Mount Sinai (working on the Ten Commandments with God, see Exodus 34:28), Jesus was in the wilderness (and got tempted by Satan, e.g. Matthew 4:1-11), Muhammad prayed and fasted for the same amount days in a cave. I am not comparing myself to them (or my tribulations to theirs), just borrowed the idea of forty days from these traditions. However I will keep not eating refined sugar, albeit won’t stick to it religiously. Every once in a while, on special occasions, I won’t deny myself from it.